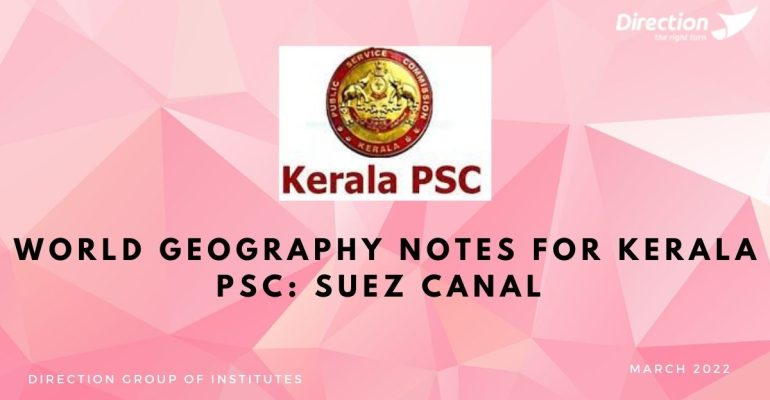 The Suez Canal is a man-made sea-level waterway connecting the Mediterranean Sea and the Red Sea. It is running across the Isthmus of Suez in Egypt.  Suez Canal separates the African continent from Asia. It is the shortest maritime route between Europe and the Indian and western Pacific oceans.

It is the most heavily used shipping lane in the world. 12% of world trade by volume is carried through this canal. It acts as a crucial link for oil, natural gas and cargo being shipped from East to West. The canal is a major source of income for Egypt’s economy, with the African country earning USD 5.61 billion in revenues from it last year.

The Suez Canal was opened for navigation in November 1869. It is the first canal that directly connects the Mediterranean Sea to the Red Sea. In its initial years, it was controlled by Brittain and France. But later, it was nationalised in 1956 by Egypt.

Suez Crisis, an international crisis in the Middle East. It was due to the nationalisation of the Suez Canal in July 1956 by the Egyptian president, Gamal Abdel Nasser. The canal had been owned by the Suez Canal Company, which was controlled by French and British interests. The Canal was closed five times; the last time was the most serious one since it lasted for 8 years. The Canal was then reopened for navigation in June 1975.

The Suez Canal was blocked by the TEU container ship, Ever Given in March 2021. The  blockage of the Suez Canal had a severe negative impact on the international trade between Europe, Asia and the Middle East